Euclid in The School of Athens 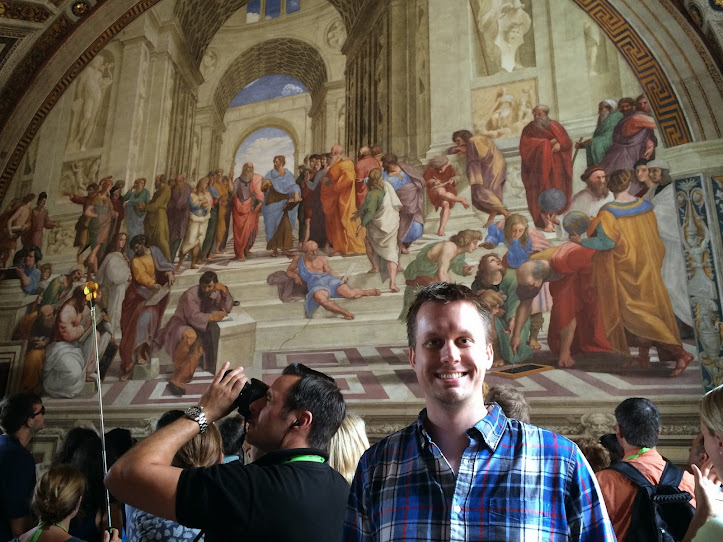 This is a very special fresco painting by Italian Renaissance artist Raphael in the Vatican Museum called The School of Athens. It depicts the great philosophers of ancient Greece, famously with Plato pointing up and Aristotle pointing down. 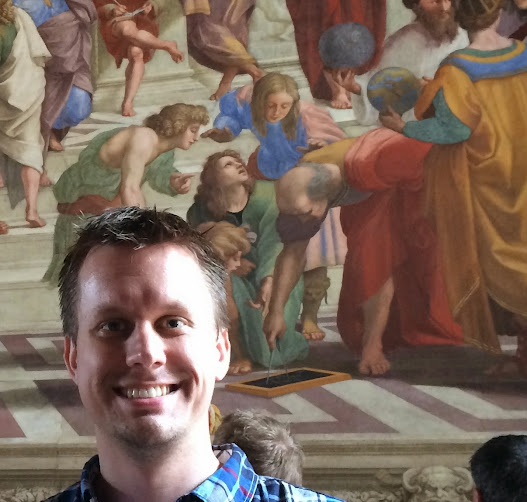 Just to the right of me you can see Euclid doing some geometry on a tablet. Euclid’s contribution to mathematics is of course well known. The significance of his surviving masterpiece The Elements cannot be overstated, though the results and proofs collected in The Elements are not due entirely (or even mostly) to Euclid himself. One of the major results in The Elements is the construction of the five so-called Platonic solids and the proof that there are only five such solids. In fact, some commentators suggest that the establishment of this fact is the primary motivation of The Elements.

Each platonic solid has a high degree of symmetry. By rotating a given solid along various axes, one can obtain exactly the same solid in the same orientation. These rotation operations under which the solid is invariant form a special kind of algebraic group called a symmetric group.

Leaving the School of Athens 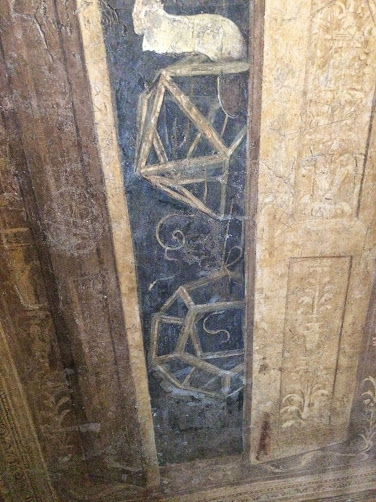 As I walked toward the exit of the room with The School of Athens fresco I found a painting of two platonic skeletons in a closet. It is fitting to find these geometric objects so close by the ancient Greek’s who studied their mathematical properties so extensively.

In which I show you how to programmatically interface with a Mathematica kernel from Python. ## Mathematica, Python, and Scientific Computation Mathematica is the flagship product of [Wolfram Research](http://www.wolfram.com/mathematica/). It's a very sophisticated

The story begins with one of those little mundane activities that fill every professor’s day. Right before the spring semester began I was evaluating various textbook options for the next time I teach

After Math
—
Platonic Solids and the School of Athens